Louise had been in the nursing home for more than a year. She had already gone through much of her life savings paying for her care. She only had about $50,000 left, along with her house. 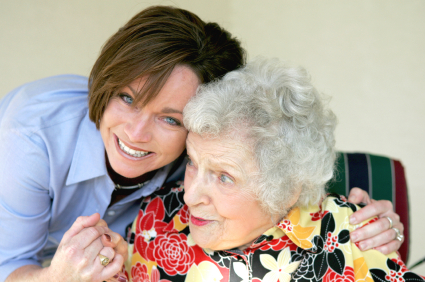 Up to that point, no one had said anything to her children, Ben and Margie, about Louise going on Medicaid. But now the handwriting was on the wall. Despite her Alzheimer’s disease, Louise remained in good physical condition. She was “only” 83 years old, and her doctor thought there was a good chance that she might live for several more years. Her money clearly wouldn’t last that long. Ben and Margie did not want Louise to lose the family home that she and her late husband, Carl, had built themselves.

And so Ben and Margie scheduled a meeting with the administrator at the nursing home.  Trying to be helpful, she gave them the name and phone number of the Medicaid (MO Healthnet in Missouri) caseworker who handled the cases from that nursing home, and suggested they give the caseworker a call.

The caseworker told them that Louise would need to spend down her remaining funds until she was down to less than $2,000 (in Illinois; $1,000 in Missouri), and then she could apply for Medicaid. When she got below $2,000, the caseworker would be happy to help them with any questions they had in filling out the application. When Margie asked about the house, the caseworker told her, “Don’t worry about the house. Your mom won’t need to sell it.  It’s exempt.”

Why can’t we just have the Caseworker help us file the Medicaid application?

By law, caseworkers cannot offer legal advice. So what Ben and Margie learned from the caseworker was the result Louise would be stuck without proper legal planning. If Ben and Margie had consulted with a competent elder law attorney with experience in handling Medicaid eligibility cases, they could have protected well over half of Louise’s remaining assets from having to be spent down to pay for her nursing home care before she became eligible for Medicaid nursing home benefits. In addition, Louise could likely have been made eligible for “community Medicaid” benefits, to pay the $500 per month she was spending on her Alzheimer’s medication, as soon as her planning was completed.

By “saving some money by just letting the caseworker help,” Ben and Margie unknowingly cost Louise over $25,000 – money that could have been used to pay for Louise’s hair care, eyeglasses, dental work, clothes, toiletries, snack foods, satellite TV and phone services. Instead, since Louise is only permitted, as a Medicaid recipient, to keep $30 of her monthly income ($35 in Missouri), Ben and Margie will need to cover most of those expenses out of their own pockets.

Just as importantly, Margie and Ben could have avoided the shock they had to experience when their mother died three years later. It had been their hope and intention to keep Louise’s house in the family. One of her grandchildren, who could only get low-paying, on-and-off employment, was living there, and the caseworker had told them the house was “exempt.” What the caseworker had not told them was that the exemption was temporary, and would end when the house was sold or Louise died, whichever happened first. Instead, the house had to be sold, and all of the proceeds of the sale had to be paid over to the State to satisfy its “estate recovery” lien against the house. With proper legal planning, the house could have been saved.

The bottom line is this: unless the prospective Medicaid applicant is already broke and no longer owns her home, a much better result can always be achieved with proper legal planning than by asking the caseworker for help. And the sooner the planning is started, the greater the amount of assets that can be protected.