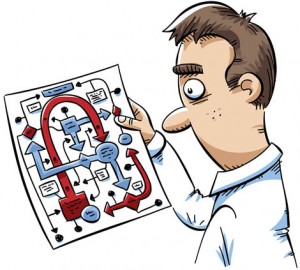 Imagine, if you will, that you just learned that your all-time favorite musical group – let’s call them “The Awesome Four” – is coming to town for a one-time-only concert. But tickets are only available through the Hard-to-Follow Rules Organization (“HFRO”). So you call HFRO and ask about getting tickets. “Are you a member of HFRO?” their representative asks. Since you aren’t, you conclude that you won’t be able to go to the concert.

Then you happen to talk to Well-Intentioned Nancy, who is somewhat familiar with HFRO, although she has never actually studied its rules and by-laws. She tells you that she thinks you can join HFRO if you belong to the Wonderful Music Association (“WMA”). You tell her you used to belong several years ago, but not now. So you join WMA again (at a cost of $100), and call HFRO again. “I want to join HFRO,” you proclaim. “I’m a member of WMA!”

But then the representative from HFRO asks, “For how long?”

“I just joined,” you reply.

“Sorry,” the representative explains. “You have to be a member of WMA for three months before you can join HFRO. Further, because you applied too soon, now you’ll have to wait a year before you can apply again.”

“Because you didn’t ask,” the HFRO representative calmly replies. “Besides, we can’t give people advice. It’s not our job, and our rules specifically prohibit us from doing so.”

At this point, you’re really upset. Not only will you miss The Awesome Four, now you’re also going to miss The Best Band Ever, which HFRO is bringing to town next spring. And you’re mad at Nancy, because you feel like she misled you … even though she did her best to help you, and even though what she told you was true – just not everything you needed to know.

Then Very Helpful Margie suggests that you call Wes Music Law. “They’ll charge you a fee, but they know an awful lot about HFRO’s rules, and they have been able to help people we sent to them before.”

You’re not wild about paying a fee, because HFRO’s rules are right there on the internet for everyone to see (all 1,487 pages of them), but you really want to go to the concerts, so you call Wes Music Law. The first thing they tell you is that they would like to get some information from you to figure out how best they may be able to help you. They ask you some questions that make you wonder “why are you asking that?” or “what does that have to do with anything?” But you answer the questions, and the next day you get a call from them, telling you “We’d like you to come in. It looks like we can help you.”

So you come in, and after they go through your situation in even more detail, they inform you that based on their thorough analysis of the facts of your case, they can not only help you become a member of HFRO, you will also be entitled to four free tickets to see The Awesome Four, plus a discount coupon for half-price tickets when The Greatest Band Ever comes to town. They tell you their fee, and ask if you would like them to help you.

“Yes, please!” you answer. It helps that their fee is much less than you would have spent on the tickets.

As it turns out, there is a little-known provision in the rules of the Hard-to-Follow Rules Organization that says that you can join, and be entitled to those added benefits, if you used to belong to WMA and have recently joined again, and one of your grandparents was a charter member of HFRO, but only if you first present a letter of good character signed by a current member.

Incidentally, HFRO’s rules don’t actually say what needs to be in the letter of good character, but Wes Music Law knows from past experience that if it says certain things, it will be accepted, as long as it doesn’t mention certain other things. They also know from experience that, in your situation, you must first submit a letter asking that you be permitted to take back your application to join HFRO that was declined, and it needs to be witnessed by someone who is a member of WMA in order to get them to waive the year delay in reapplying.

By now, you can perhaps figure out the lesson that this little allegory is teaching.

Often, when eligibility for Medicaid nursing home benefits is being sought, a “just tell me the rules” answer suggests that a person is not eligible and cannot be made eligible. A “simple, straightforward answer” can turn out to be dangerously misleading. Only a careful, detailed analysis rules can produce the answer that leads to the best solution.

The Medicaid eligibility rules are extraordinarily complex. In fact, courts (not disgruntled lay people or even lawyers, mind you – courts) have at various times noted that “Medicaid law is extremely complicated, and interpretation of its provisions is fraught with difficulty,” and that Medicaid regulations are “almost unintelligible to the uninitiated” and an “aggravated assault on the English language, resistant to attempts to understand [them].”

The only thing Medicaid caseworkers will do – the only thing they are permitted to do – is tell you what the rules are. They can’t give advice. And even if they could, if you were looking to save money on your income taxes, wo 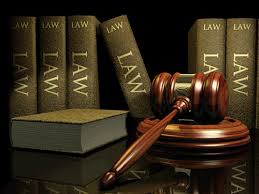 uld you pick up the phone and call the IRS?

Social workers and nursing home admissions counselors want to help. They are instinctively helpful people. But they aren’t Medicaid planning lawyers, and they don’t know the ins-and-outs of the law. As our little story shows, even a correct statement, made in good faith and with every intention of being helpful, can cause people to make big mistakes.

The Medicaid rules – as applied to any given person’s or family’s unique and individual circumstances – are chock full of “what if,” “except for,” “unless” and “only if” provisions. Wading through them to find the best solution requires knowledge, skill, experience, and keen analytical abilities. In other words, “don’t try this at home.”

That’s why we’re here to help, and why people are wise to give us a call.