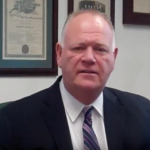 A recent update to the post below, as of January 21, 2001: Avvo’s previous misplaced concern has been resolved on their end, and they would now like to actively promote Dent-Coulson Elder Law as the go-to attorney for estate planning and elder law. I first learned that a very negative review of me had been […]