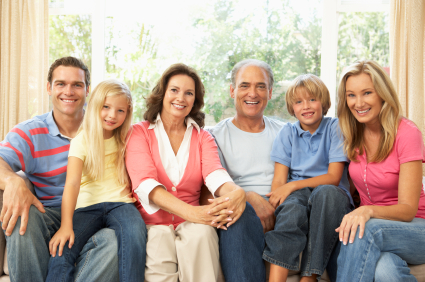 Let’s start by noting the reason for the rule.  Medicaid is a means-based medical assistance program.  In other words, a person must have only a very small amount of assets to be eligible.  Because someone who enters a nursing home generally has a limited life expectancy, and the circumstances won’t permit that person much of an opportunity to spend money on anything other than nursing home care, the incentive to hold onto assets for future personal use is very limited.  By contrast, since paying out of pocket for nursing home care is very expensive and the threat that nothing will be left to pass on to loved ones can loom large, the incentive to transfer assets to loved ones to keep that from happening is, for most people, very substantial.

Without a rule that limited people’s ability to give away their assets when it became evident that they need nursing home care, even a millionaire could give everything away and be immediately eligible for Medicaid.  The “look-back” rule, which establishes penalties for gifts and other transfers of property made for the purpose of qualifying for Medicaid, prevents that from happening.

Missouri, like most other states, did so fairly promptly. Illinois was one of the last two states to change its Medicaid rules to be consistent with DRA.  Its new rules went into effect on January 1, 2012.   However, the new rules apply retroactively in the case of someone who has made any gifts or other transfers of property on or after January 1, 2007, which are within five years of their date of application.  There are some “hardship exemptions” that will be available to reduce the harsh impact of the penalties on people who made transfers before the effective date of the new rules.  Just how those “hardship exemptions” will be applied is something that remains to be seen, as a body of experience in applying the new rules develops over time.

A comparison of the “old rules” and the “new rules” offers a useful framework in examining how the “look-back” rule operates.

The first thing to note is something both sets of rules have in common.  The “look-back” rule looks back from the month of application, not the time of admission to a nursing home or placement in a “Medicaid bed.”  Let’s say that in June 2007, a very nice grandmother won a million dollars in the lottery, and rather than keeping it all, she divided it into ten shares, kept one, and gave $100,000 to each of her nine grandchildren.  In 2010, she entered a nursing home, and now she is about to run out of money.  As long as she waits until at least July 2012 to apply (more than five years after she made the gifts), even those very large transfers would not be a problem.

That fact is a very important consideration in advance planning for Medicaid eligibility.  In many cases, the planning is done with the intention to “wait out” the look-back period, with the plan incorporating a means of assuring that, if the person doing the planning enters a nursing home within five years, money will be available to pay for their care until the look-back period runs out.

Although most people believe that the biggest change under DRA was the increase in the look-back period from three years to five, the more significant change relates to when the “penalty period” (an amount of months and days for which eligibility for benefits will be delayed) caused by gifts and other transfers of assets begins to run.  Under the old rules (and, in some instances, under the “hardship exemptions” Illinois will be applying to asset transfers made before the change in the rules), the “penalty period” began in the month in which the transfer was made. Because the length of the transfer penalty depends on the amount of assets transferred (Illinois and Missouri differ in the way the calculations are made), in many cases, transfer penalties – even for asset transfers made during the “look-back” period, ended before the person applied for Medicaid.

That’s not the case under DRA.  Under the new rules, all gifts and other transfers made within five years of applying are treated the same:  as if they were made on the day the application was filed.  All such gifts are added together as if that total amount of money was given away on the day the person applies for Medicaid.  For that reason, it’s basically dangerous for any senior, other than those with long-term care insurance and those wealthy enough to pay for their own nursing home care out-of-pocket for five years or more – to make any sort of gifts or contributions (even to charities), because who knows whether you may wind up in a nursing home several years later?  That may not have been the intention of Congress, but that’s what the law says.

The definition of a “transfer” was made intentionally broad, in determining what transactions are subject to “transfer penalties,” to keep people from finding clever ways around the rules.  The definition includes not only the obvious (direct gifts of money), but also less obvious things like gifts of property, selling something for less than what it is worth (which is considered a transfer of the difference between the actual value and the sales price), placing assets into a trust over which one does not have access and control, or forgiving a debt.

People who think they can successfully evade the rules by making gifts in cash are usually in for a rude awakening when they later apply for Medicaid.  The caseworker will ask for, and then carefully review, bank account records.  If she sees that someone who has customarily withdrawn about $200 per month from the bank starts taking out $1,000 per month, or happens to withdraw $5,000 in December, that will raise a presumption of gifts subject to penalty, and penalties will be assessed unless the person who applies can come up with proof that the cash was applied to something other than gifts.

People are often confused as to what constitutes a “transfer,” and when it occurs, relative to adding someone’s name to a bank account or a deed.  Oddly enough, the rules are different for those two situations.

For example, let’s say that when Dad died 10 years ago, Mom put $60,000 into a savings account, and added her two children’s names to the account.  Now Mom is in a nursing home, and her children each withdraw “their thirds” ($20,000 each) from the account.  That will be treated as Mom making $40,000 in transfers, and transfer penalties will be assessed accordingly.

But let’s say that, on that same day 10 years ago, Mom added her two children’s names to the title to her home.  As to real estate, that completed the transfer.  The children can now each claim their separate interests, and Mom will be treated as owning only a one-third interest in the property.

The Medicaid “look-back” rule is actually a complex, and often confusing, set of rules.  Any gifts or transfers of property made by any senior, other than under the guidance and direction of a competent elder law attorney, can cause major problems if that person later needs nursing home care.  Now more than ever, people need good legal advice, and can benefit tremendously, from proper planning.

If you or a loved one are or may be facing the potential financial devastation that can accompany a need for nursing home care, call or e-mail us.  We can assist with planning (which, despite the “look-back” rule, often involves making gift transfers, even in the case of someone who is already a nursing home resident) that will help protect yours or their life savings to the greatest extent possible under the rules.  We can also help people from doing things, perhaps by inadvertence based on a misunderstanding or lack of knowledge of the rules, that will come back to haunt them if they later apply for Medicaid.

For more about Medicaid “Look-Back” and “Transfer Penalty” Rules, visit these articles: