My Dad was always “the keeper of the papers” relating to my namesake, his late brother Wesley.  The family always knew him as Babe.  He was quite an athlete in his youth, and a very bright young man.  He showed a world of promise. 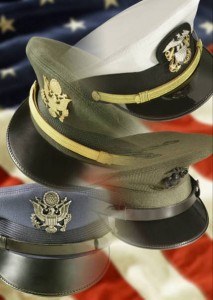 After my Dad died a few years ago, I looked through the papers he had kept as remembrances.  Among them, I found a letter Dad had written to Babe during World War II.  In the letter, he mentioned that he had recently learned that he and his brother had been stationed eight miles apart in England, but neither had known it.  He told him how much he missed him, and how great it would have been to have spent some time together.  Babe was my Dad’s little brother, and it was clear just from reading the letter that he loved him dearly.

In the letter, Dad told Babe that he had just learned that Babe had been shipped to the front lines in France.  He told him that their mother was very worried about him, and that he hoped Babe was safe. Dad then said that he thought that it wasn’t right that Babe, the younger brother, had been the one placed most directly in harm’s way. Dad thought it should have been him, as the older brother.

I knew that Babe had been killed in action in World War II, and that he has been awarded the Bronze Star posthumously.  The letter awarding him the Bronze Star was also among my Dad’s treasured papers.  What I didn’t know, until I read Dad’s letter again and put two and two together, was that he had actually written it eight days after Babe had already been killed in action, not knowing that had happened.

In that moment, I was struck with the realization that it could just as easily have been my Dad who could have given his life for his country.  Like so many brave men and women before and since, when he and Babe were called into action, they put their lives on the line.  Most of them, like my Dad, are able to return home safely and in good condition.  For that, we thank God.

But not all of them do.  Some give their lives.  Others suffer physical injuries, often of such severity that they must forever deal with and try to overcome resulting pain and limitations.  Still others, as an increasing casualty of modern warfare, are scarred mentally or emotionally as a result of being subjected to the tremendous and relentless stress involved in spending too much time in combat over too many tours of duty.  The pain and limitations they suffer are just as real, and often just as permanent.

The losses, of course, impact not just our soldiers, but also their families.  Many are forever changed and diminished.  Many must long deal with the anguish of wondering what might have been.  Mothers, wives and others are called upon to take on the role of caregiver, sometimes on a permanent basis and most often without pay. 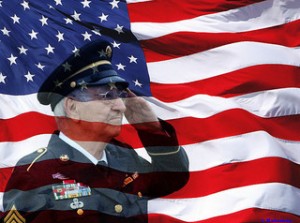 Our soldiers, past and present, and their families, clearly deserve our admiration, our respect, our gratitude, our compassion and our care.  When we talk about “the cost of war,” it must include the cost of caring for our soldiers, and their families, who have given so much to us.  VA benefits should never be seen as handouts, but as the repayment of debts we owe as a nation.

On this Veterans Day, and every day, let’s salute and honor our veterans, and especially those who have made the ultimate sacrifice in defense of our nation.  For there, but for the grace of God, go we.