There are only two people who can authorize someone to make and carry out decisions on your behalf.  One is you, by having powers of attorney in place, one for property and financial matters and one for health care and personal matters.  The other is a judge in a guardianship (in Missouri, an estate guardian is known as a conservator; this article will also refer to that as a guardian) proceeding.   Guardianships are expensive and time-consuming, and the choice of who will make and carry out decisions for you is made by a judge rather than by you.  It’s the “option” to try to avoid. 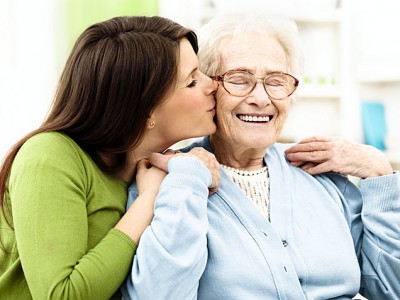 When will Guardianship be necessary?

There are six situations in which it will be necessary to obtain a guardianship for an elder whose capacity is diminished such that he or she is no longer personally able to make financial or medical decisions.

The first, and most obvious, situation is if you do not have powers of attorney in place.  The law must then do for you what you have failed to do for yourself. There is one exception to this:  if you have not named anyone to make health care decisions on your behalf, the law will give someone, based on closeness of family relationship, authority to act as your health care surrogate.  The lesson is obvious:  get powers of attorney in place.  Don’t wait until it’s too late.

The second situation is if you have given someone power of attorney, but failed to designate enough successors, and the person(s) you have named is or are no longer able or willing to serve.  Again, the lesson is clear: make sure to name several successors.  Where your list of names ends, the judge’s begins.

The fourth is if you have a power of attorney in place, particularly for property and financial matters, but it does not authorize your agent to take actions that later turn out to be necessary or helpful.  You may be surprised to learn that many, if not most, financial powers of attorney do not authorize actions, such as making gifts and establishing and moving assets into a trust, that are necessary to protect your life savings from being lost to long-term care costs.

In that situation a guardianship would be needed to authorize those actions, but such authority will not be granted automatically, but rather in the court’s discretion.  While current Illinois guardianship law favors exercise of that discretion in the right circumstances, Missouri law does not, which could leave your agent unable to help protect your life savings.  Unless your financial power of attorney was prepared or has been reviewed by an attorney who focuses in elder law, you should have it reviewed by one who does, to make sure it covers all it needs to cover.

The fifth is if, even notwithstanding that their position may be wrong, necessary third parties (banks and other financial services organizations, insurance companies, health care providers) refuse to recognize the validity of your power of attorney.  In that situation, guardianship would be truly unfortunate, but necessary.  One measure of protection against that risk is to utilize “statutory” power of attorney forms (they can include some individualized provisions, as long as the statutory form is used).  Those have the added force of state laws which declare them, as a matter of law, to be valid and enforceable.

The last is if, notwithstanding that you have given someone else power of attorney, you continue (generally as a result of Alzheimer’s or other dementia) to take actions on your own behalf, and those actions could result in physical and/or financial harm to you, such as checking yourself out of a nursing home under circumstances in which you could not safely live in any other care setting, or depleting your life savings through unwise purchases or donations at the behest of unscrupulous people who are trying to exploit your diminished capacity.

The reason guardianship is needed in that situation is that, while a power of attorney gives someone else the authority to make and carry out decisions on your behalf, it does not remove your authority to do so on your own behalf.  Neither, by the way, does an attending physician’s determination that you are incompetent or lack mental capacity.  Only a court, in a guardianship proceeding, can declare you legally incompetent and thus eliminate your authority to act on your own behalf and make your own decisions.